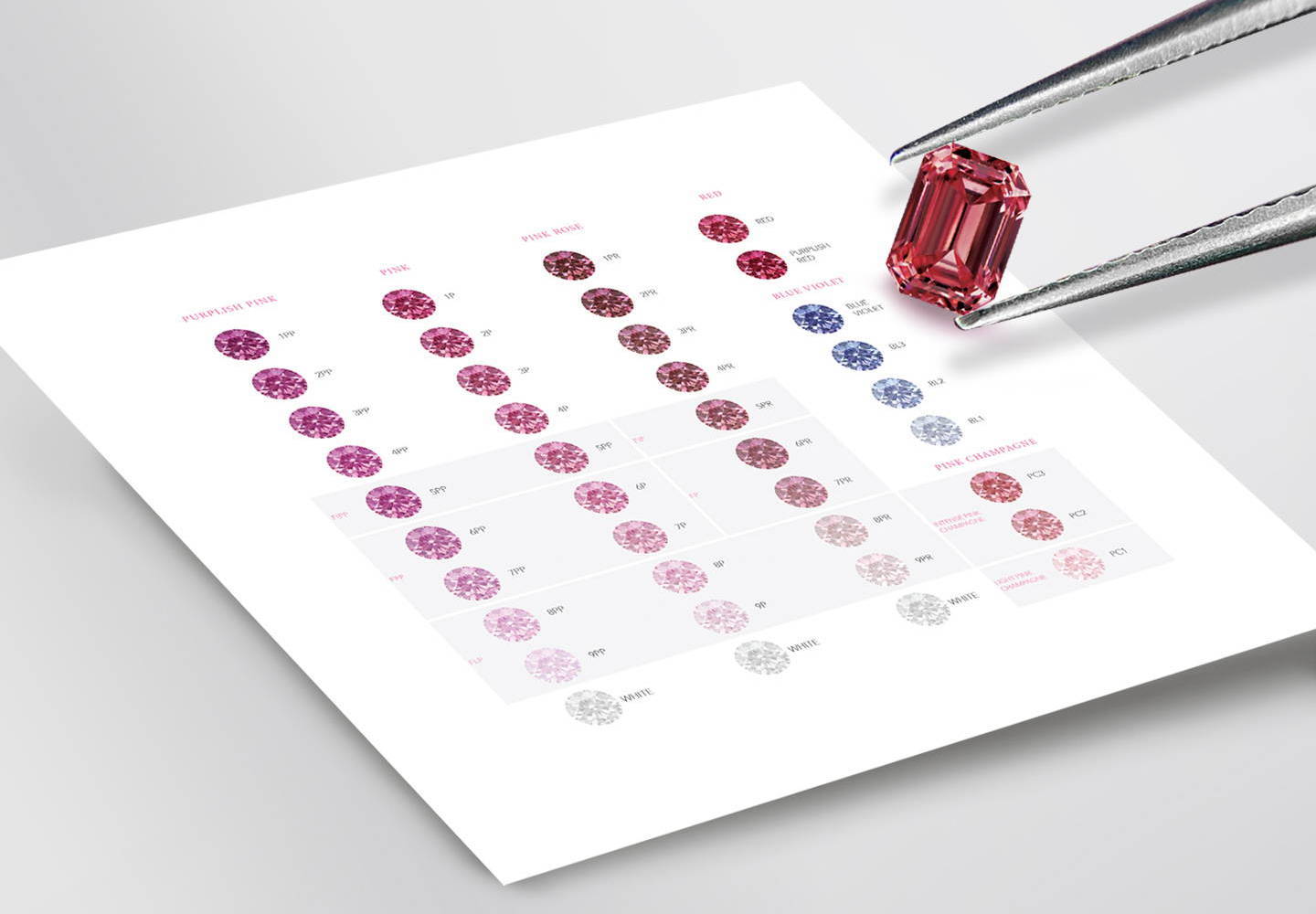 There is nothing quite as rare, mesmerising or transcendent as the chromatic brilliance of an Argyle pink diamond.

The inimitable allure of an Argyle pink diamond doesn’t just happen. The compelling beauty you bear witness to today has undergone a yearlong transformation. It passes through the hands of master craftsmen whose fastidious approach reveals the gem’s fullest most breathtaking potential.

In 1955, the GIA issued the world's first official diamond grading report, which changed the industry forever. Based on a scientific analysis of an individual diamond, the GIA Report confirmed the diamond was natural as well as detailing the specific qualities and measurements. The report could be used from that day forward to identify a particular diamond and calculate its value.

When it comes to grading the colour of a diamond, the GIA considers 3 attributes:

For white diamonds the grading process is fairly rudimentary. However, with pink diamonds there is one measure that is far more important than the others - it is the Colour of the diamond; both the actual colour and its intensity. It's this that determines the value of a pink diamond. The GIA method of grading did not go into enough depth to accurately grade a pink diamond.

As you may already know, Argyle diamonds come in a kaleidoscope of colour. Ranging from sweet blush to electrifying pink, ocean-like blue and passion infused red. The unique richness and range of colour is unmatched by any other diamond in the world.

To grade the colour of a diamond, Argyle considers the GIA grading system and takes it further.

Measuring the Hue of a Pink Diamond 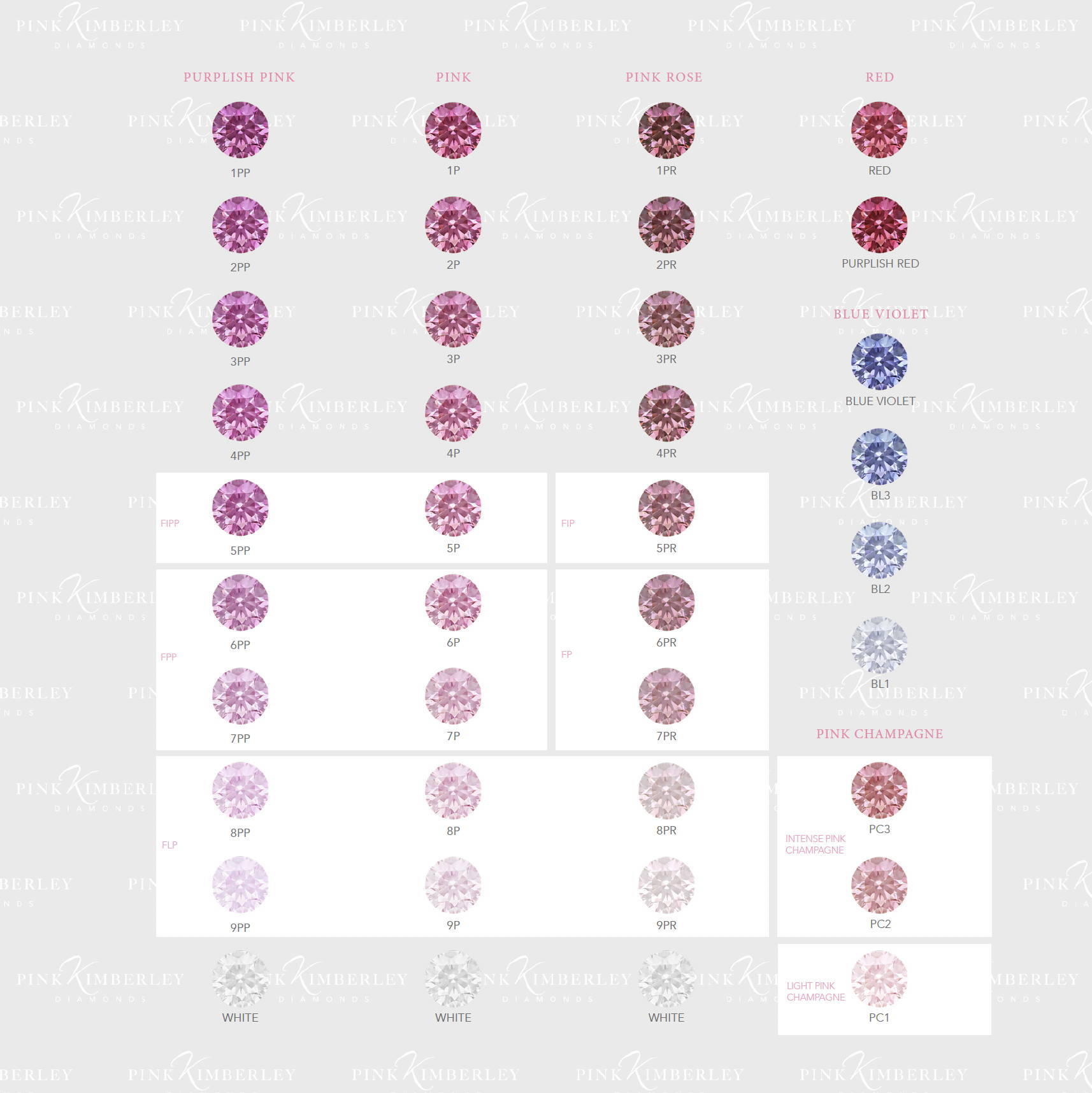 The hue of a diamond is a key determinant of value and can be affected by modifying colours or tints. Each stone is graded according to the hue of that individual diamond. E.G. a pink diamond with a pink hue may have a purplish pink tint.

Each diamond is given a grade for colour intensity on a scale from 1 to 9 with 1 being the most intense colour and 9 being the least.